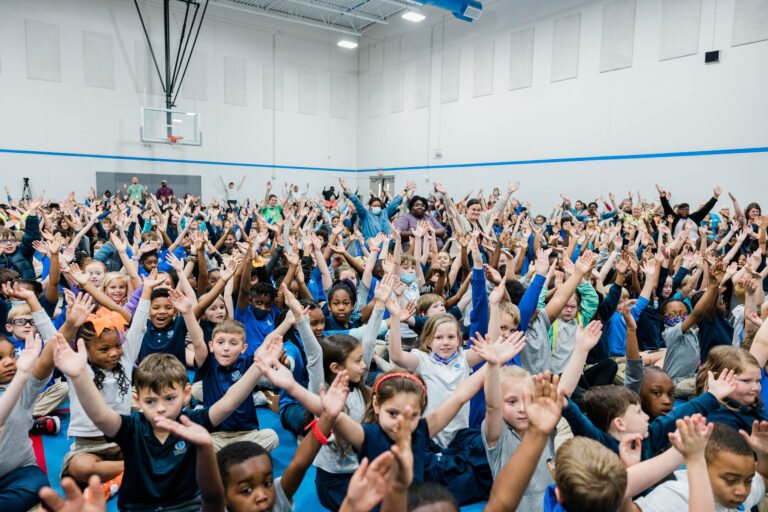 The academic accomplishments of Virtus Academy of South Carolina (VASC) were celebrated at a ceremony hosted at the school on Thursday, March 31.

“Ultimately, we want to ensure that our students are growing academically,” said Ms. Shemekia Nero, principal at Virtus Academy. “To see that that is happening from kindergarten to eighth grade, it just shows that we are doing something right.”

“Success is never an accident. It happens because of great leadership,” said Cameron Runyan, Superintendent of the Charter Institute at Erskine. “We are so proud of Ms. Nero and honored to be here to celebrate today.”

Video Caption: Thanks to Virtus Academy of South Carolina’s strong leadership and dedication to Moving the Needle, the VASC Wolves made significant gains on their Math and ELA scores from Fall to Winter, which makes them an Institute “Shooting for the Stars” school! Learn what steps Virtus is taking to becoming a School of Excellence and hear from their leader, Ms. Nero, in this video! #MoveTheNeedle

Virtus Academy is powering the future through excellence in project-based learning, leadership development, and community service.

Virtus Academy of South Carolina does not discriminate on the basis of gender, race, religion, immigration status, national origin, disability, or handicap in its educational programs and activities and provides equal access to the Boy Scouts and other designated youth groups.